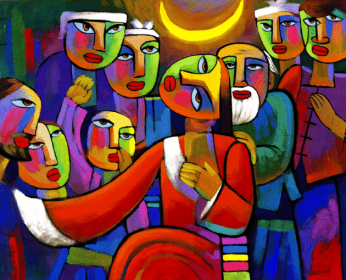 We’ve discussed before that when reading from Genesis you should read in advance to decide if certain stories are appropriate for your children. This week we have one of these stories – the story of Judah and Tamar.  You may be wondering whether there is anything of value in reading a story like this to a younger child. While I respect anyone’s decision not to read it to their kids, I believe there is value.  Specifically, I believe that we should focus our children’s attention to love – and how it affects decision-making. Judah did not have appropriate love for his daughter-in-law, Tamar.  He refuses to take care of her, and even threatens to have her killed, until he realizes that he has a vested interest in her well-being.  But we shouldn’t behave like that.  In fact, as Christians we should be ready to love others preemptively – even if they have nothing to offer us.  We love others first because He first loved us.

View all posts by denisaodegaard