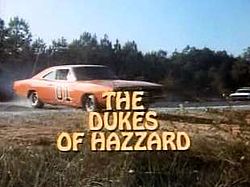 This summer my 11-year-old nephew came to stay with us for a few weeks. He was getting ready to enter the perils of junior high (shudder) and it was fun to spend some extended time with him. One of the conversation topics that came up over and over was what he is and isn’t allowed to watch.

Here’s how the conversation went…repeatedly:
Nephew: Can I watch __something that sounds questionable__?
Me: What’s it rated?
Nephew: I don’t know. But it’s not bad! There’s only a little bit of cussing!
Me: Would your mom let you watch it?
Nephew: I don’t know.
Me: What would she say if I called her and asked?
Nephew: (rolling eyes) No. BUT SHE NEVER LETS ME WATCH ANYTHING GOOD!!

We live in a society that likes to be offended by the slightest misstep in language or action, but where it’s cool and “in” to be unphased by foul language, sex, and violence. Wouldn’t it be great if we could flip that with our kids? Wouldn’t it be great if our kids were gracious when it came to slight faux pas’ but were quick to avoid graphic content? What if it became second nature to them to choose, for themselves, entertainment that was uplifting and enriching? It’s an uphill battle, a daily grind, and a lonely fight, but it’s ultimately worth it.

If my mom can do it, so can you. I’ll fight the good fight with you.

I'm the Director of Munger Kids. I love helping kids and their parents take the next step in faith because a lot of people along the way have helped me do the same. View all posts by amandapedigo