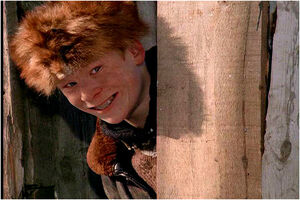 We’ve cancelled elementary Sunday school today – not forever – not because we didn’t have enough teachers or because we’re lazy, but because Justin Wren, an MMA fighter is coming to speak in worship. He is not just an MMA fighter. He is also a missionary. He cares for those who are truly the least and the lost – a group of oppressed, marginalized pygmies in the Congo.

But why does this giant, ferocious fighter do this?

A big reason is because he was bullied as a kid and he sees his bullied self in these forgotten people. I think this is a story our bullies, bullied, and bystanders need to hear.

I have to be honest, I don’t always understand bullying. I know I was mean to certain kids at certain points of my childhood and I was, at times, a part of girl-circles who ousted a rotation of other girls who had crossed us in any number of ways, but bullying has now morphed into something I can’t comprehend. Our kids face something different. It is no longer Scott Farkus holding your arm behind your back and making you say “uncle”. Kids face an opportunity to bully or be bullied anonymously and seemingly without consequence to the offender. Kids no longer get to leave it on the playground. They face relentless attacks from devices to which they are addicted. It’s just not a fair fight.

I hope our kids, who face a type of bullying we can’t fathom, hear a story of hope and triumph today. I hope they hear a way to turn to Jesus when things seem overwhelming. And I hope you won’t let Justin Wren be the only one who offers them a message of hope in the face of their attacks (given or received). Let’s make sure our kids know that we hear them and want to help them walk in the way that leads to life.

I'm the Director of Munger Kids. I love helping kids and their parents take the next step in faith because a lot of people along the way have helped me do the same. View all posts by amandapedigo